Cold winters and the bright sunshine in Spring and Summer are the key to growing good apples. A little town of Batlow in southern New South Wales has these two essential conditions in abundance. Batlow is an old company by Australian standards, producing apples since the 1920’s and cider since the 1930’s. Today Batlow produce both a clear cider and a cloudy cider. Today I take a look at the Batlow Cloudy Cider.

As the cider is poured into the glass, the first thing you will notice is the colour, a traditional, cloudy, pale straw yellow liquid with a flicker of green apple skin. You would think it had come straight from a juice extractor. There was surprisingly no sediment in the bottom of them bottle, which is sometimes found in cloudy ciders.

The Batlow Cloudy Cider has a caramel quality to it, almost like a caramelised baked apple yet it remained fresh and light.

As you sip the cloudy liquid you get a medium, bittersweet flavour that hangs heavy in your mouth, a little bit pucker from the light tannins. Tannins are one of the main flavour components in red wine that leaves your mouth feeling dry. Traditional cider apples are high in tannins however they are not commonly grown in Australia so Batlow Cloudy Cider has done well to produce this flavour. The sweetness is quite low when compared to the larger, mass-market varieties, which is only ever a good thing in my opinion.

This could be used as a great base for a cocktail. I’d suggest the following: In a tall glass, add ice and some crushed mint, a splash of white rum and top with the Batlow cloudy cider. Maybe add a dash of soda water to stretch your night out a bit longer. Suggest a name for this in the comments below. 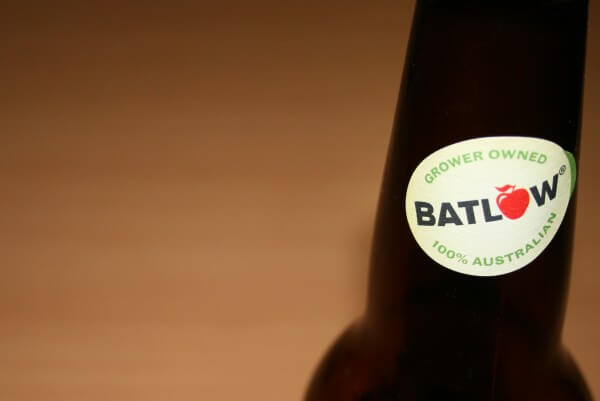 I’ve heard of people being put off by cloudy ciders, thinking there is something wrong with it and it should be crystal clear. But the cloudiness is due to steps taken in the fermentation process. The reasons for making a cider clear or cloudy are more to do with the end flavour than the appearance. The cloudiness is not to be feared – its the door way to another complex flavour range of ciders perfectly illustrated by the Batlow Cloudy Cider.