Until today I thought that terrior could only come from the soil type, the annual rainfall, the things that make your orchard unique.  Today my perception of Terrior changed, I realised it was more ethereal than what flavours the sunlight hours and soil provide. The extra element is the regionality and Young Henry’s Cloud Cider could be any Newtown if it tried
On what feels like Sydney’s wettest day in 2014, I find myself in a industrial unit, in the back streets of Newtown, where inside is just as wet. They guys were hard at work cleaning out the fermentation tanks ready for the next batch. I sat down with Owen from Young Henry’s to talk about making cider in Sydney’s Inner West.

Real Cider Reviews: Tell me about Young Henry’s, how did it start?
Owen: Young Henry’s has been around for a little over 2 years. The idea started in a pub, some of us thought that we could make craft beer to suit our tastes. The name Young Henry’s comes from Henry being an old name and young to mean a new take on doing things. Just like our products, which are based on the classic styles but tweaked with modern product methods and for a modern palate 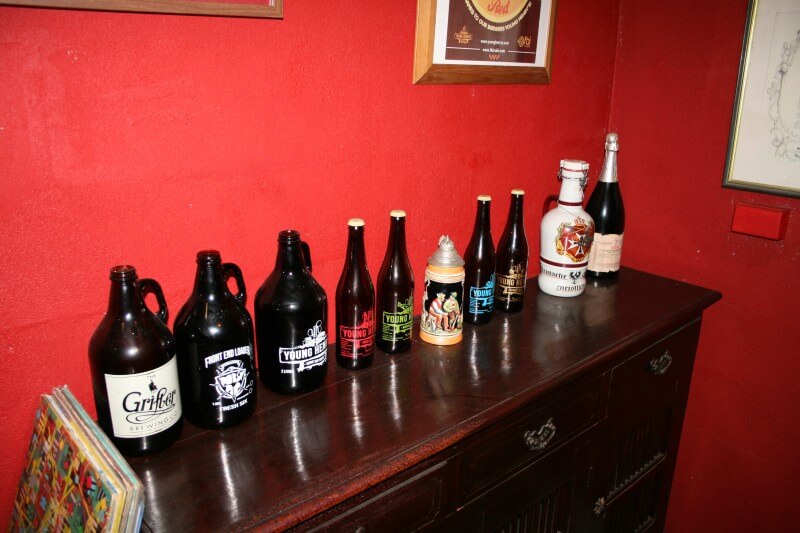 The Young Henry’s family and friends

Real Cider Reviews: You were firstly a beer brewer, now with a bar, why did you decide to start making a cider?
Owen: When people come to our bar, they may not like beer. We don’t want to exclude anybody so we started experimented with ciders. There are times when I just don’t feel like a beer myself and a cider works well for those times.
Real Cider Reviews: Tell me about Young Henry’s Cloud Cider. I hear you use wild yeasts?
Owen: When we started experimenting we used wild yeasts. Some of the results were very good, others were not, probably just because of the seasons. Now we use a small amount of our strain of ale yeast to keep it consistent. We source  our apples from the Trimbole family in Griffith [south west, New South Wales], They are a blend of Royal Gala and Pink Lady apples. We get them pressed in Griffith and the juice is shipped here straight away. We would like to do the juicing here but we don’t have the space. Once the juice is fermented we slowly re-carbonate the cider so we have total control over the finished product. 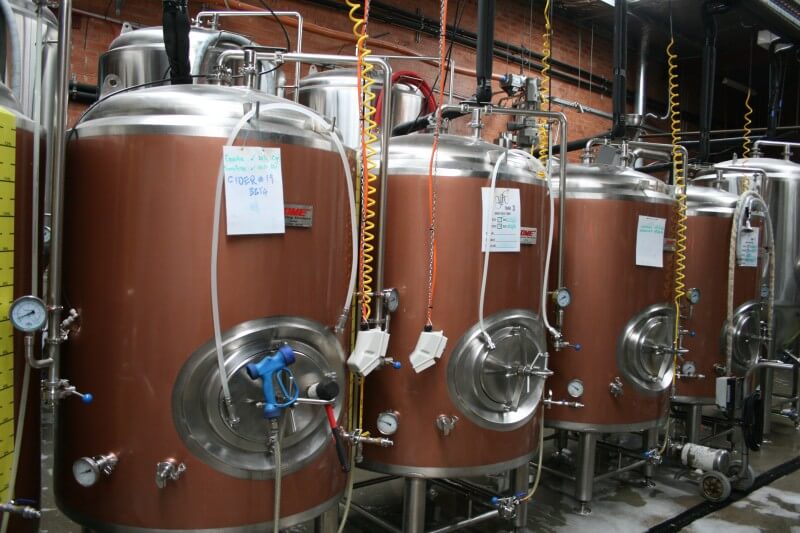 The vat that brewed batch number 19 has just being cleaned out.

The first time I tried the Cloudy Cider was on tap in a pub, after the first sip I had to double check the tap to see that it was a cider and not a cloudy blonde beer. Its also available in a 2 litre “growler” bottle that can be refilled to help both you and Young Henry’s cut costs and reduce the impact on the environment through excess packaging

Quiet a strong nose of earthy yeast sits in the foreground while apple and molasses with an ale note in the background.

The ale yeast shines through as the hero flavour in the cider. But, there is a pretty complex fruity taste lurking under those beer flavours
There isn’t much in the way of tannins but that’s to be expected from a cider made from Royal Gala and Pink Lady apples. This is more than made up for with quite a bit of tartness in the after taste.

Try Young Henry’s Cloudy Cider with a hot curry, the texture matches well and creamy butteryness should put out any fires. 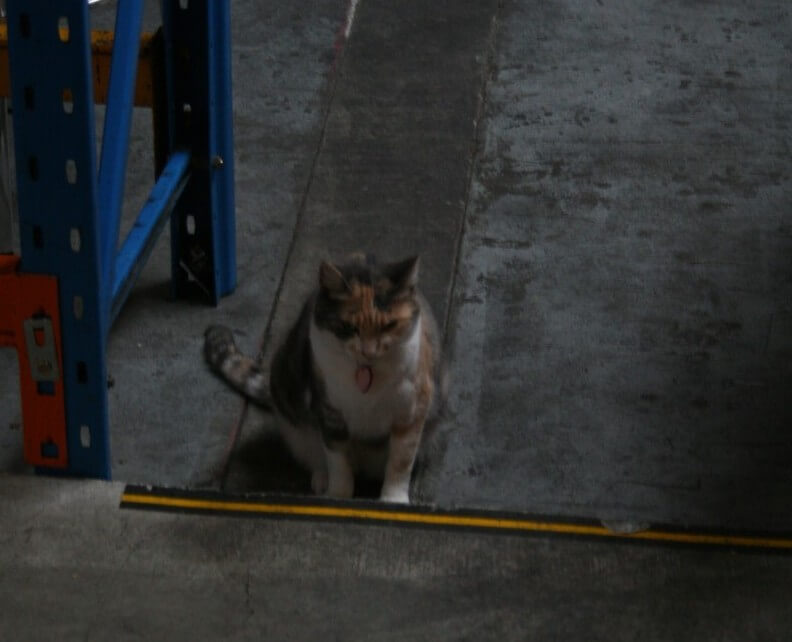 The Cloudy Cider is perfectly suited to the eclectic mix that is Newtown. There’s a house cat, her name is Jeff. The bartender told me that they [presumably the government] had planes flying over to cause the rain because tonight is Sydney’s Gay and Lesbian Mardi Gras.  This cloudy cider is the polar opposite of other Aussie ciders like Hills Cider or even other cloudy ciders like Batlow’s Cloudy Cider. I think the use of a small amount of Ale yeast makes it different to anything else on the market. If your a proper beer snob who has been thumbing your nose at the cider revolution that happen around you, don’t fight it, embrace it. Young Henry’s Cloudy Cider will open your eyes to a new world of flavours. 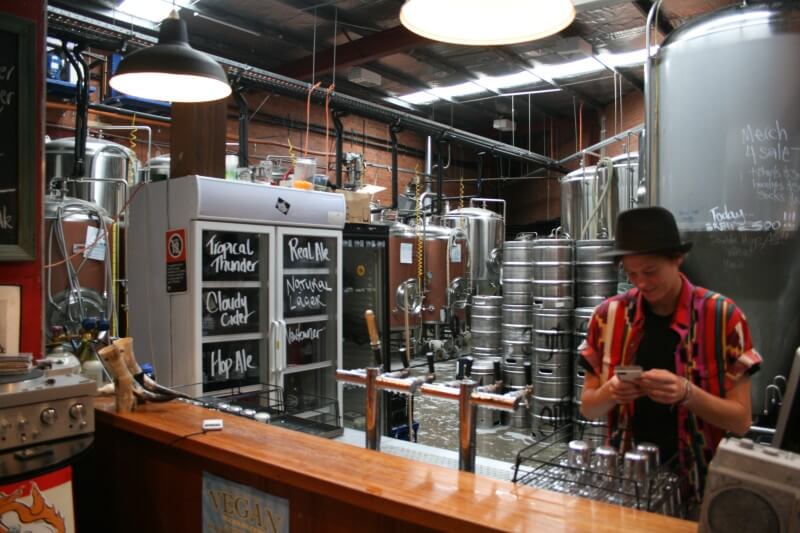 Can get any more local. From vat to tap in less the ten paces